Local residents in Afghnistan's Panjshir province, the only region in the country that has not fallen to the Taliban, said that the insurgents have cut telecommunication networks.

The lack of phone and internet networks is causing serious challenges, according to local news reports.

"They have cut off telecommunication services in Panjshir for the last two days. Panjshir people are facing challenges in this regard and cannot get in touch with their relatives living in other parts of the country," said Gul Haidar, a resident.

Panjshir residents added that the Taliban has closed roads and other routes leading to Panjshir valley and that food prices have skyrocketed in the province.

"They (Taliban) claim that 80% of Panjshir's problem has been solved and the people have no fight with us. But they have closed the road for the people," said Jumadin, another Panjshir resident.

The Taliban is yet to comment on the report. 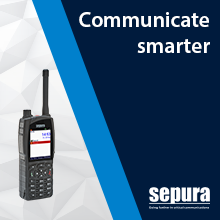