This is the first in a series of articles where we will take a look at the critical communications landscape around the world, how it is evolving to meet the changing needs of the end-users, and the huge amount of work that goes on behind the scenes – largely carried out by volunteers – to ensure that critical communications networks are robust, reliable, resilient and secure. It is those networks that support, amongst others, our first responders - the police, medical and fire and rescue services that we rely on to help us in a crisis and keep us safe.

Until very recently, the networks that supported critical users were specific to that sector, designed from inception to meet the unique needs of mission critical users. The technologies – TETRA, P25, DMR, Tetrapol – have resilience and security built in from the very beginning, both in the infrastructure and the devices, in hardware and in software, in order to deliver trusted, reliable and resilient communications support. However, they are all narrowband technologies and as such are limited in the type of data applications they can support.

As any of us who use a smartphone will know, in the consumer mobile communications market, the focus is firmly on data applications. Although the past year has seen a resurgence in the use of voice calls due to the pandemic, overall the mobile networks are supporting mostly data-centric applications, and the same evolution is coming to the critical communications world.

While voice will always remain an essential – and the most immediate – form of communications between first responders in a crisis, there is a need for broadband networks to have the capability to be mission-critical bearers for mission-critical data – to have a similar level of reliability, resilience and security as the dedicated narrowband critical communications technologies.

This is the challenge that is being addressed around the world, as governments look to ensure their first responders have the best possible communications tools with which to carry out their critical work.  The way forward however is very much dependent on the availability of spectrum and of course the level of investment that each country or region is able to commit.

Two examples: In the US, FirstNet is the new nationwide broadband communications platform for data, built for the country’s first responders and extended public safety community. It is based on a public-private partnership with telecoms operator AT&T, and uses spectrum set aside by the US government specifically for FirstNet. The existing narrowband networks that carry critical voice services continued to be used for the meantime. In the UK, the Emergency Services Network (ESN) is being created using the network and spectrum owned by commercial mobile network operator EE. An ambitious roll-out schedule needed to be revised more than once to ensure that the ESN will be as trusted as the existing TETRA-based Airwave service before that network is switched off and ESN becomes the first responders’ communication platform for both voice and data.

The US and the UK are two of the countries that are the most advanced in terms of delivering critical broadband. Other countries are at various stages from consultation through to procurement.

It is not just the networks that need to be 100% trusted. The services – voice, data, video – and the devices all need to work seamlessly. To achieve seamless services, the Third Generation Partnership Project (3GPP) has been developing a set of standards for mission-critical functions for broadband networks. Currently, these are Mission Critical Push-to-Talk (MCPTT), mission critical data (MC Data) and mission critical video (MC Video). This time these are not specialised, dedicated standards for mission critical systems but rather parts of the mainstream standards of cellular telephony, for 4G and 5G networks, developed and included on the basis of requirements and with the support of the critical communications community. When services are created to those 3GPP standards specifications are they considered to be mission critical.

For devices, work is ongoing with the Global Certification Forum (GCF) to develop a testing and certification process to ensure user devices can also be termed mission critical whilst conforming to the 3GPP standards and being interoperable with networks and other devices built to the same 3GPP standards.

Against the backdrop of all the work going into developing mission critical broadband, the trusted narrowband networks remain in full use, new networks are being implemented and existing networks upgraded and refreshed. TCCA works closely with standards development organisation ETSI to ensure the TETRA standard is enhanced to support users to 2035 and beyond.

It is estimated that the transition from narrowband to broadband mission critical networks will take perhaps more than ten years. It is anticipated that in the meantime, many organisations will use hybrid mission critical networks and that it is necessary to enable interoperability and collaboration of narrowband and broadband networks and devices. Therefore, 3GPP on the one hand and ETSI on the other are working rapidly to develop a standardised interface for their interconnection.

TCCA, on behalf of its members – end users, government and commercial network operators, industry and more – represents all standard mobile critical communications technologies and complementary applications. Our members design, manufacture, build, implement, utilise, analyse, promote, develop and deploy critical communications worldwide. We believe in and promote the principle of open and competitive markets through the use of open standards and harmonised spectrum, working with stakeholders in the critical communications ecosystem to achieve this.

Behind the scenes, there are many, many organisations and individuals committed to ensuring that critical communications networks and services are the best they can be. We will endeavour through this column to showcase some of the initiatives, to discuss the challenges and the expectations, and to hopefully encourage more people to become involved in shaping the future of critical communications. 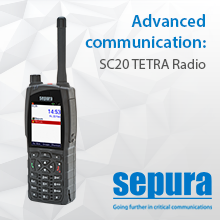