Tweet
Helping to shape the future of critical communications 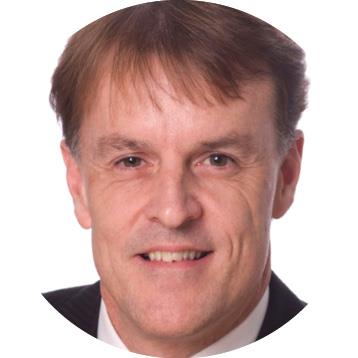 Last quarter, the TCCA chairman stressed the importance of continuing global efforts in evolving open standards in both the mission critical capability on broadband networks (private and carrier) and also enhancing the existing digital narrowband standards (TETRA, P25, DMR) to ensure seamless interoperation can be achieved across networks, between devices and with critical control centres.

As populations grow, cities swell and man-made and natural disasters become more frequent, so also is the demand for critical services and therefore critical communications capability that supports service delivery. This includes public protection and disaster response and vital utility services including public access communications, transportation, healthcare, education and other government/industry services that underpin the general economy of nations. The advancement of critical networks is essential to address the increasing demands coming from end users for voice and data functionalities in resilient, secure and more interoperable ways.

An array of multivendor solutions and devices based on TETRA, P25, Tetrapol (and recently DMR and Chinese equivalent, PDT) have evolved. Significant and ongoing investment and deployment of these technologies occurred as older analogue deployments were replaced from the mid 1990s/2000s across APAC.

Many in these sectors have commenced or are interested in complimenting their LMR networks with wireless broadband to enable data transfer requiring higher speed data (video, imaging, push/pull information, and internet access). The mining sector has commenced some deployments of private LTE to support autonomous mining vehicle operations amongst other applications. Within government, transport and general industry and enterprise sectors there is clearly growth occurring for proprietary “over the top” voice and data applications using existing LTE carrier networks in the absence of availability of 3GPP compliant mission critical MCx (MCPTT, MCData and MCVideo) on most carrier networks.

South Korea completed the first three phases of a nationwide public-safety network, SafeNet, that commenced in 2018 after several years of planning, preliminary design and spectrum allocation. In March 2021 full systems acceptance was commemorated allowing the commencement of active service including 3GPP compliant Release 13 MCPTT functionality. The network core and operation centers are fully redundant meeting the specific needs of agencies.

In Australia, the New South Wales government, on behalf of all state and territory governments and the Australian Government have committed to work with Nokia, TPG Telecom and SingTel-Optus, to develop and test technology in a “proof of concept” trial until mid-2022. This trial will help shape the design of the national platform for emergency service communications that is contemplated to rollout in phases from 2023.

Clearly, MC LTE is gaining momentum in APAC and pathfinding projects here and in Europe and USA provide valuable lessons to others in this region. Regulatory and spectrum access policy have a major bearing on options for delivering MC broadband to government and industry users while supporting existing extensive investments in LMR. The strategies to reach implementation, require significant advance planning including determination of the solution delivery models be that dedicated network v’s hybrid or carrier MNO/MVNO approaches.

One thing certain is that advancing and commercializing open standards based eco-systems will be crucial for competitive and economic availability of multi-vendor mission critical LMR and LTE capability. Critical responders deserve modern communication tools to improve their effectiveness in protecting and serving all citizens.