Local finance outlet Fiscal Nepal wrote that senior executives of both firms signed an acquisition agreement towards the end of February, although a due diligence audit is required before approval can be granted.

It has also been reported that OCC has demanded that for the audit to be conducted, Smart Telecom must pay Nepal’s government its outstanding dues of NPR4 billion for regulatory fees, royalties, and liabilities including bank loans.

Nepal’s government repeatedly warned Smart that it would lose its licence if it failed to pay the associated fees, and in July 2020 was awarded the option of paying off its debt in instalments. However, the operator was unable to meet its new obligations and accordingly the government froze its assets.

Smart Telecom is technically Nepal’s third largest player but has a very small slice of the market – around 6% at the end of 2020, with its total subscriber base capping out at just 2.28 million. 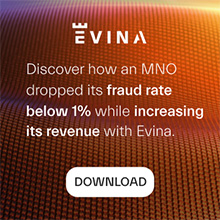