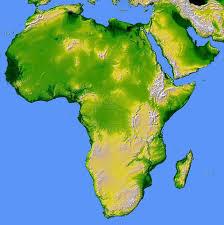 R&S says its M3SR Series4400 software defined radios are designed to provide continuous AM and FM transmission coverage at VHF and UHF frequencies.

The first MRRVs arrived in the Philippines in August and are now equipped with R&S’s M3SR Series4400 and Series4100 software defined radios for secure voice and data communications.

Recognised as a UNESCO World Heritage Site in 2014, the Van Nelle Fabriek in Rotterdam is said to be an iconic example of Europe’s Modern Movement.

NETHERLANDS - The iconic Van Nelle Fabriek complex in Rotterdam has installed a Xirrus Wi-Fi network throughout its office spaces and public areas.

Considered the main industrial monument in the Netherlands, the Van Nelle Fabriek was built between 1927 and 1930 for the production of tobacco, coffee and tea.

In 2014, it was recognised as a UNESCO World Heritage Site.

ABS and SMV’s aim is to deliver high quality entertainment and educational content that is affordable to all.